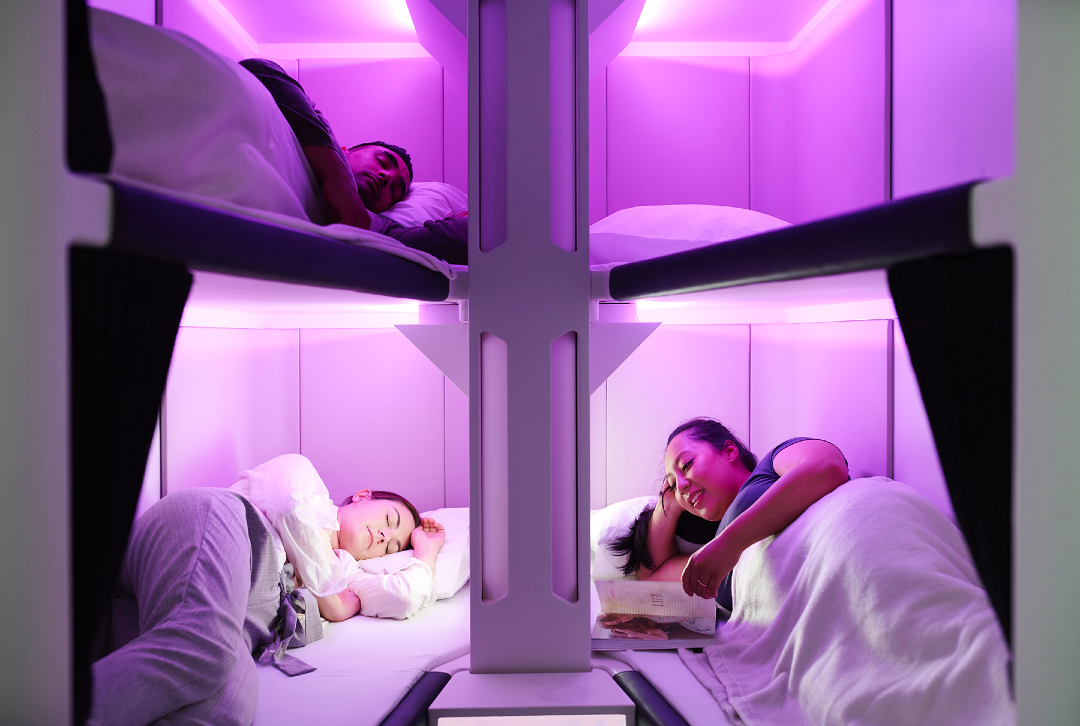 Even with a neck pillow and a blanket, napping on the plane makes a hotbed for shoulder aches and leg cramps. Well, no longer. Air New Zealand has announced that bunk beds will be bestowed upon the economy class for long-haul flights. That’s right, economy travelers; your naps are going to be fly.

Touted as the “world’s first sleep pods in the sky for Economy travelers,” the bunk beds, called ‘Skynests’, will be first installed in new Boeing 787 Dreamliners as part of a wider overhaul.

The beds will be placed in a ‘V’ formation and stacked on three levels, creating a space of six single beds, each measuring 80 inches long and 23 inches wide. As noted by One Mile at a Time, they’re about the same as the bunks used by flight attendants. 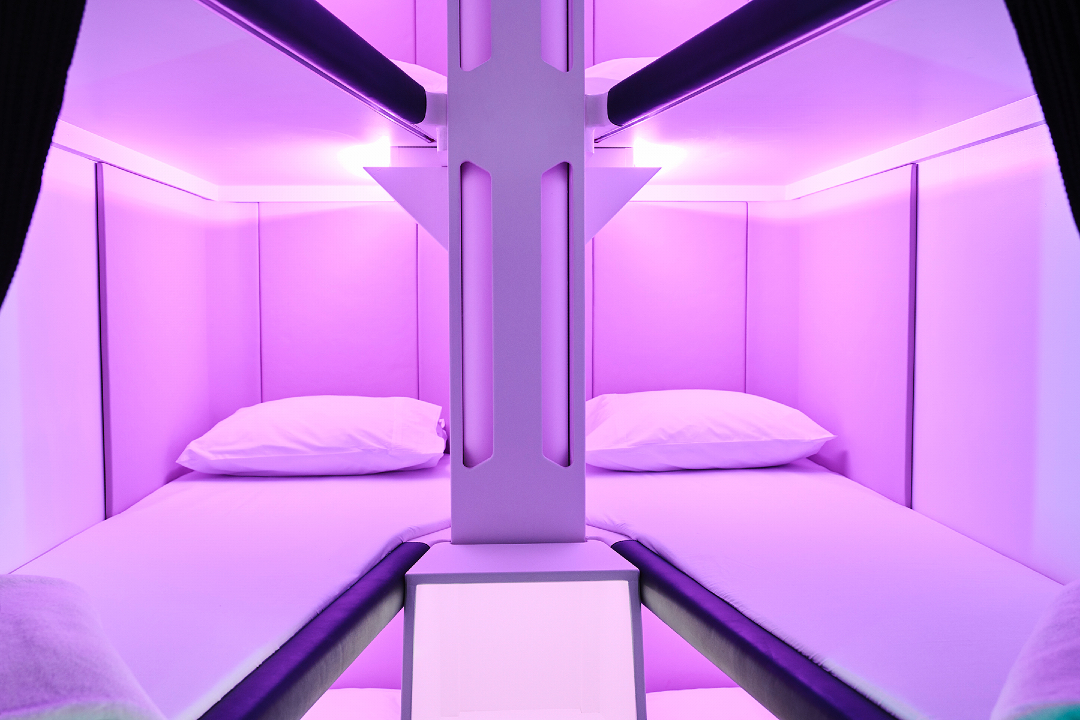 The pods—pending regulatory approval—will include pillows, bedsheets, blankets, and privacy curtains, as well as a reading light, a storage pocket, and a USB outlet.

While the Skynests will be an economy and premium-economy option, they still won’t be accessible to most passengers. That’s because their allocated space will only take up the front of the rear economy cabin, replacing just six seats.

It’s also worth noting that passengers won’t be able to book the pods throughout entire flights, as the beds cannot be used for takeoff and landing. These will, in fact, be a top-up option and will only be rentable in four-hour blocks.

The first economy bunk beds will arrive aboard new Air New Zealand Boeing 787s released from 2024, while existing Boeing 787s will get them from 2024 to 2026.

[via One Mile at a Time and Traveller.com.au, images via Air New Zealand]