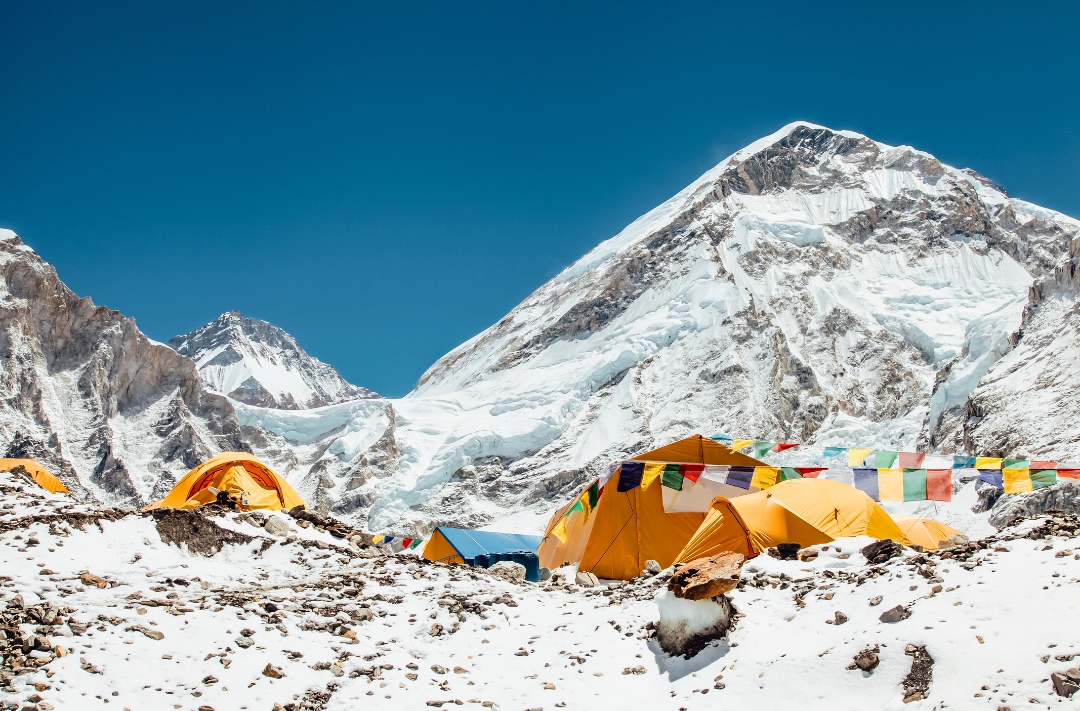 The climb up Mount Everest may soon be even more challenging, no thanks to melting ice exacerbated by human activity.

Nepali authorities are making preparations to move Everest base camp, as the rapidly thinning Khumbu glacier, where the site is located, is becoming unsafe for climbers, the BBC reports.

According to research by the University of Leeds in 2018, the Khumbu glacier is thinning at a rate of three feet each year.

Besides melting ice, cracks have been spotted by climbers to have appeared or deepened “overnight.” Some people are spooked by the realization that they could have slipped into the crevasses at night.

Authorities are now discussing the possibility of relocating the base camp to an area with a lower altitude, where ice isn’t always around throughout the year.

The safety risks are undoubtedly compounded by the presence of humans. As many as 1,500 people use the camp during climbing season each year, and they urinate about 4,000 liters (1,057 gallons) every day, says Khimlal Gautam, a leading advocate for the move.

Additionally, climbers will need to fill their stomachs and keep warm, but the substantial use of fuels like kerosene and gas will only melt the ice further.

Nothing has been set in stone yet. Nepali officials say they’re adapting and getting ready to enforce a relocation in the event of that being necessary. They are currently in talks with stakeholders to firm up these plans.

If the base camp will have to move, an expected date for that to happen would be in 2024.