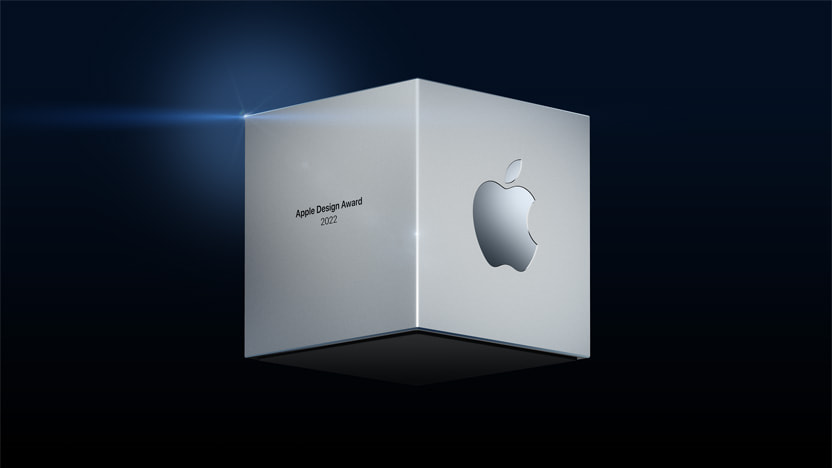 In the flurry of hardware and software launches announced at WWDC 2022, Apple also finalized the Apple Design Awards and unveiled its winners. For the uninitiated, the annual Apple Design Awards honors standout apps that inspire users “with vision, purpose, and brilliance,” describes the tech giant in a press release.

This year whittles down the sea of iOS, macOS, and iPadOS apps and games found in the App Store down to just 12 names. The prizewinners exceeded expectations in Inclusivity, Delight and Fun, Interaction, Social Impact, Visuals and Graphics, and Innovation.

MacRumors reports that, apart from receiving a physical award, the developers will also be presented with gadgets to continue building meaningful apps and games.

“The work of this year’s Apple Design Award winners embodies how apps can be transformative, uplifting, or even provide an escape through creative gameplay,” Susan Prescott, Apple’s vice president of Worldwide Developer Relations, lauds in a press release. “We congratulate each developer for all they’ve accomplished.”

Check out the 12 big apps of 2022 below, along with Apple’s reasons as to why they were selected.

“As its (grammatically inventive) name suggests, (Not Boring) Habits adds a little flair to the mild-mannered habit tracker. With its sensational designs, playful haptics, and elegant gamification, this life hack adventure plays out as an inspiring journey through forests and mountains—it makes tracking habits a truly artistic experience,” describes Apple.

“Overboard! is a whodunit with a twist: You done it. In this delightfully sly murder mystery game, players take on not the role of the detective but the guilty party who, through quick-witted conversations with unsuspecting crewmates, tries to get away with a splashy crime. And with an engaging narrative design, pithy dialogue, and multiple endings, it’s a case to open again and again.” 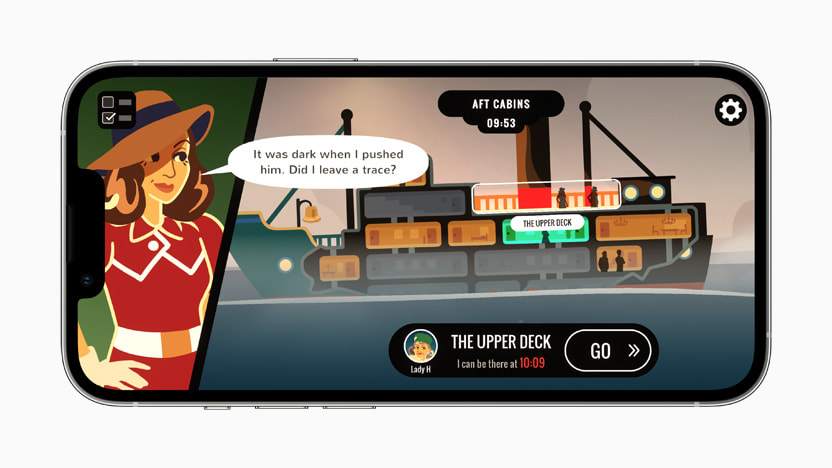 “Procreate, a world-class tool for artists and designers, brings people more creative power than ever through its iPad app. With new accessibility features—such as tremor and motion filtering, an in-app assistive touch menu, audio feedback, and color blindness settings—to augment its support of VoiceOver, Dynamic Type, and more, the app empowers more artists to create, interact, and express themselves,” shares Apple. 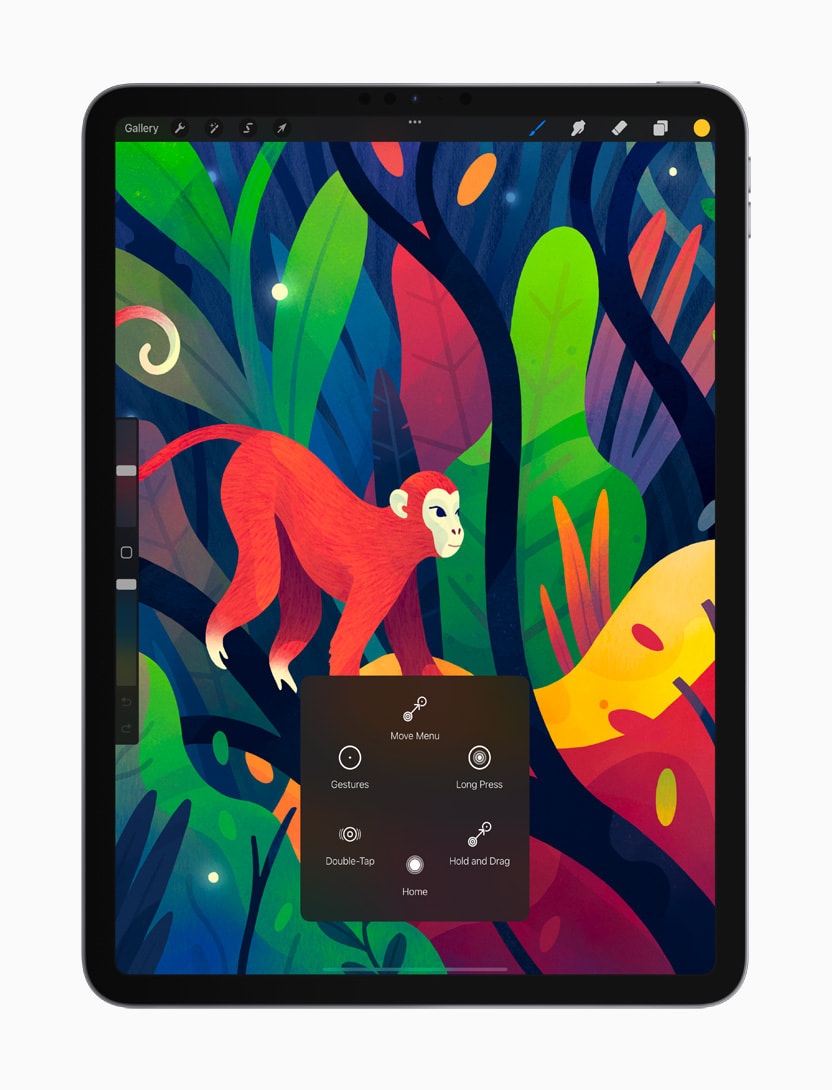 “Wylde Flowers brings a refreshingly diverse storyline and cast of LGBTQIA+ representative characters to players with a witchy twist. The narrative evolves to represent all ages, cultures, and sexualities, as users explore a wholesome world of magical realms with storylines that implore users to examine identity, accept others, and support their community—ultimately to tell a much larger story.” 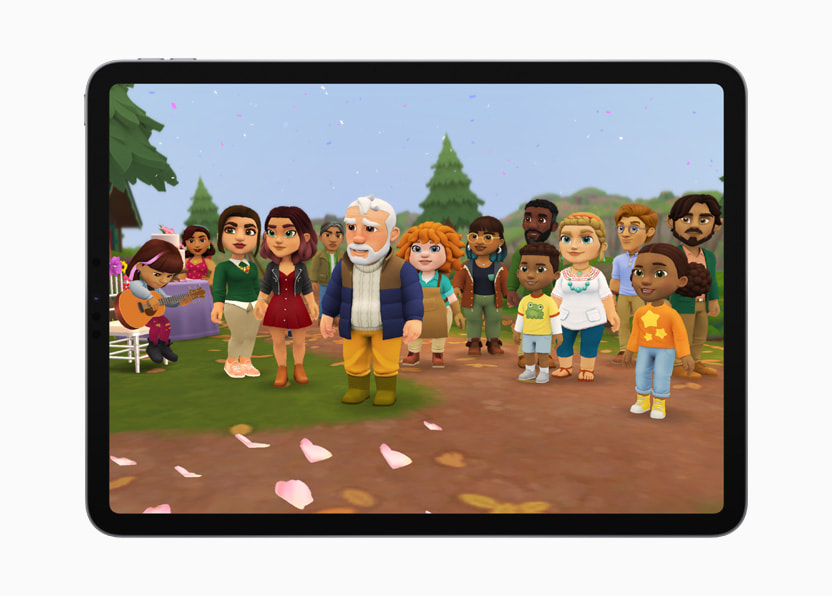 “The brilliant camera app Halide Mark II focuses on the essentials. This elegant tool packs tons of features into a remarkably easy-to-navigate interface; its uncluttered, smartly organized interface mimics a film camera. Every gesture will feel familiar to longtime photographers while remaining clear to those finding their way around focus and exposure settings,” says Apple. “It’s a beautiful camera for iPhone—and now there’s a version designed specifically for iPad to help users create truly amazing visuals.” 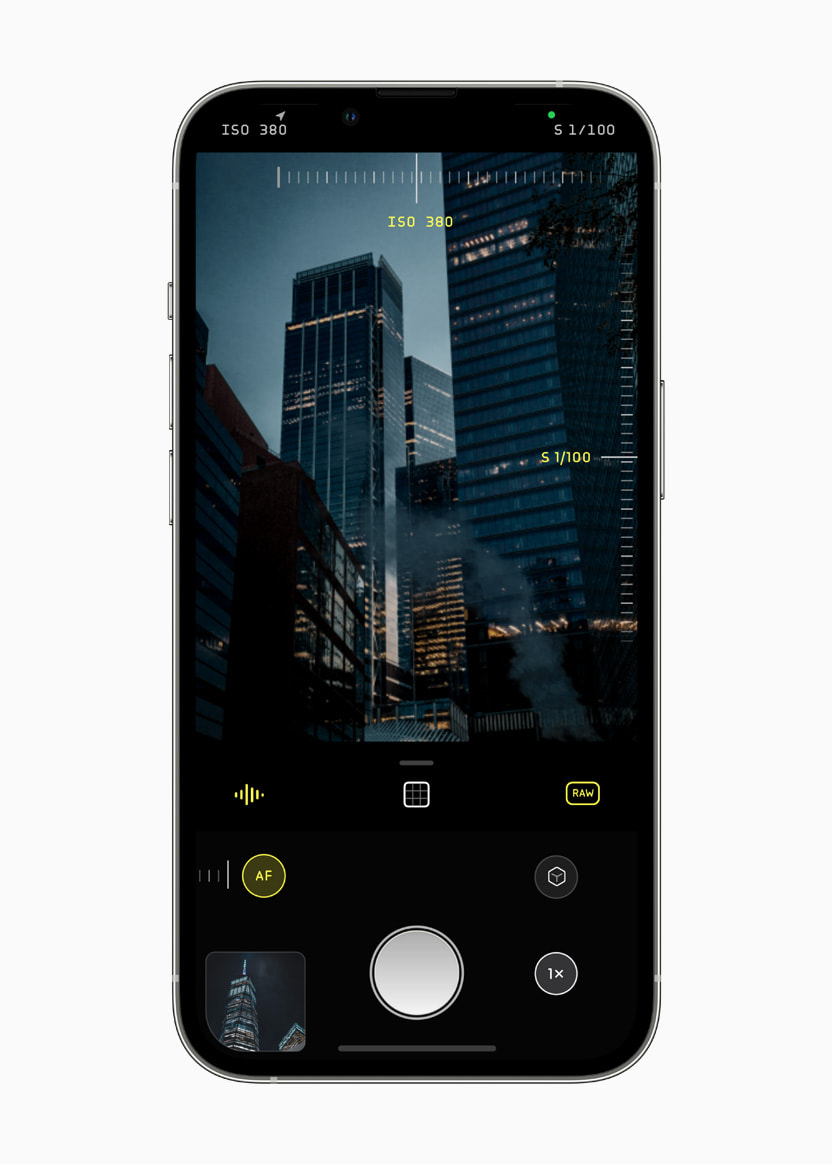 “With its cinematic feel, sizzling visual effects, and tactile gameplay, Castaways is a force to be reckoned with,” shares Apple. “Set on a long-abandoned planet, the game’s reverently rendered environments and smooth animations instantly immerse players in a galaxy of action, mystery, and the occasional dance party. And with endless customizations and characters to meet, the adventure continues to build.” 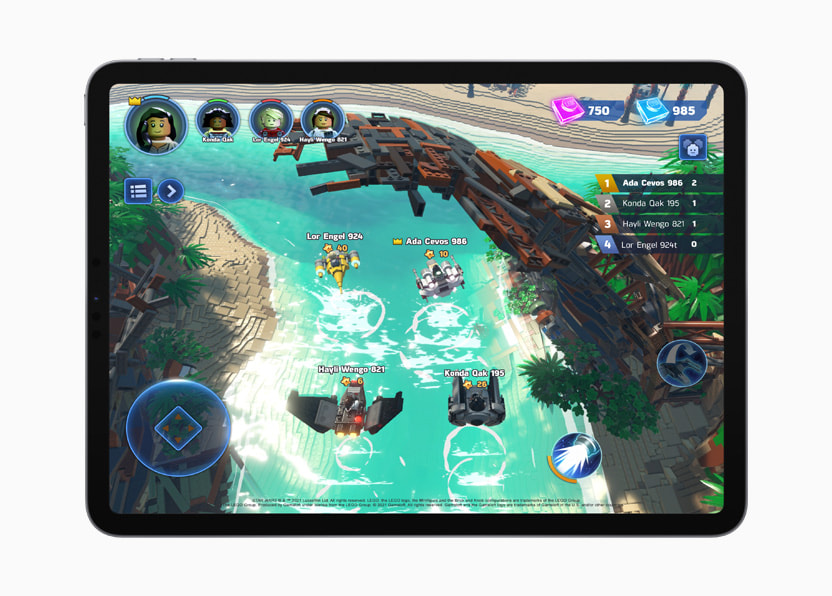 “The audio app Odio delivers incredibly lifelike ambient sounds—waterfalls, rushing rivers, lush electronic washes—made even more realistic with Spatial Audio and head tracking,” Apple details. “Soundscapes can be customized by manipulating their mixes through a captivating circular interface, and each one is accompanied by futuristic fluid animations that unfold in perfect synchronicity with the sound. It’s a truly amplified take on the audiovisual experience.” 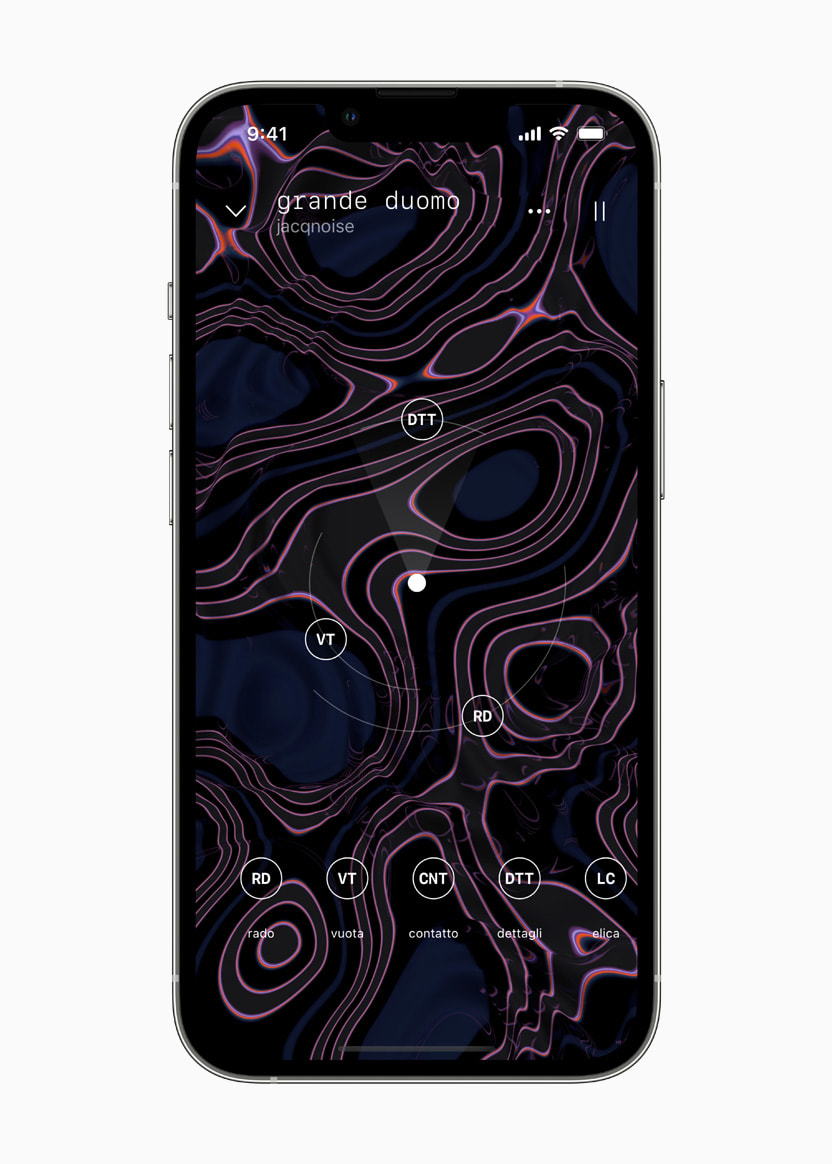 “MARVEL Future Revolution is a technological feat worthy of Stark Industries,” praises Apple. “This 2021 iPad Game of the Year award winner brings the Marvel Cinematic Universe to stunning life through open-world action RPG and a Metal-powered blend of fluid combat, lavish cut scenes, and a multiverse’s worth of magnificently detailed character models.” 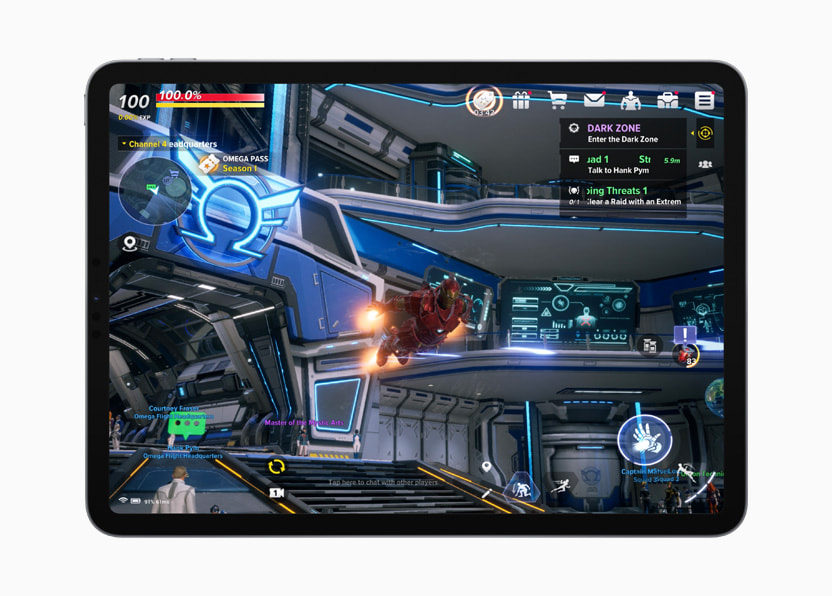 “Rebel Girls shares the stories of the world’s most influential women — Ruth Bader Ginsburg, Simone Biles, and Frida Kahlo, to name just a few—through rich audio and gorgeous original art,” shares Apple. “The subjects span careers, cultures, and decades, and the voices and accompanying illustrations — all perfectly tailored for the stories and interface — are furnished by female and nonbinary artists from around the world.” 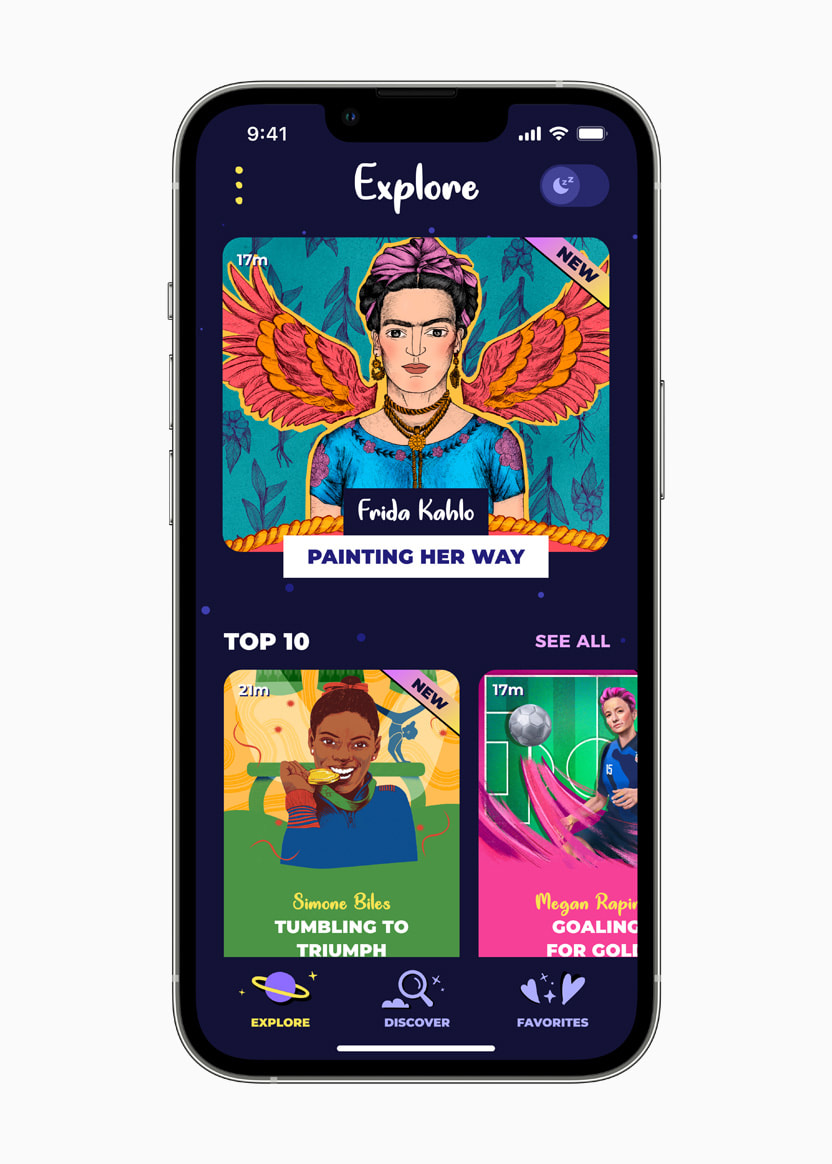 Gibbon: Beyond the Trees game

“Gibbon is an ecological adventure in which players swing, fling, and slide their way through gorgeous hand-drawn landscapes in search of family. The game’s unique mechanic provides plenty of freeflying fun, but its environmentally conscious storyline—and the subtle empathy involved with playing as another living being—teaches a crucial lesson.” 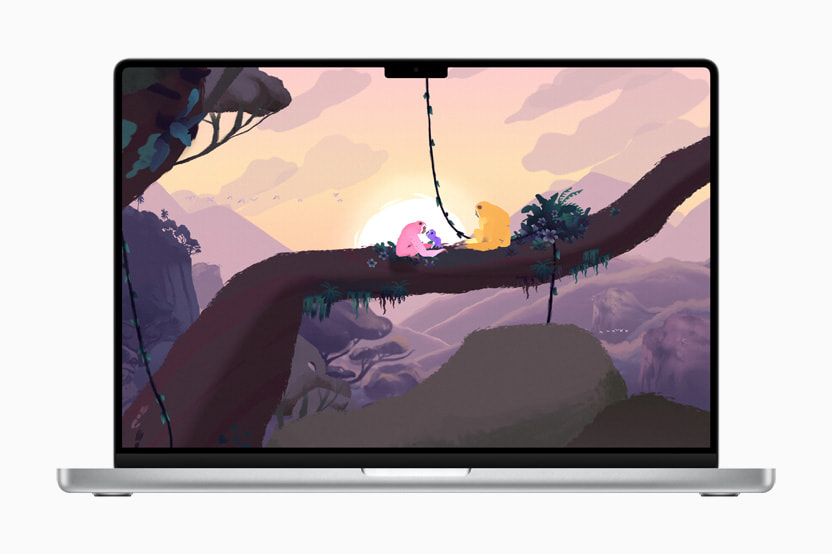 “Slopes, a seamless ski-tracking app experience, provides users with an intuitive skiing and snowboarding diary, employing the GPS on iPhone or Apple Watch to track distance and speed. Its best-in-class social features gamify the experience by connecting with friends and family—all by tapping a single button,” says Apple. “The app is packed with a mountain of data but designed to be as easy to navigate as a run on the bunny slopes.” 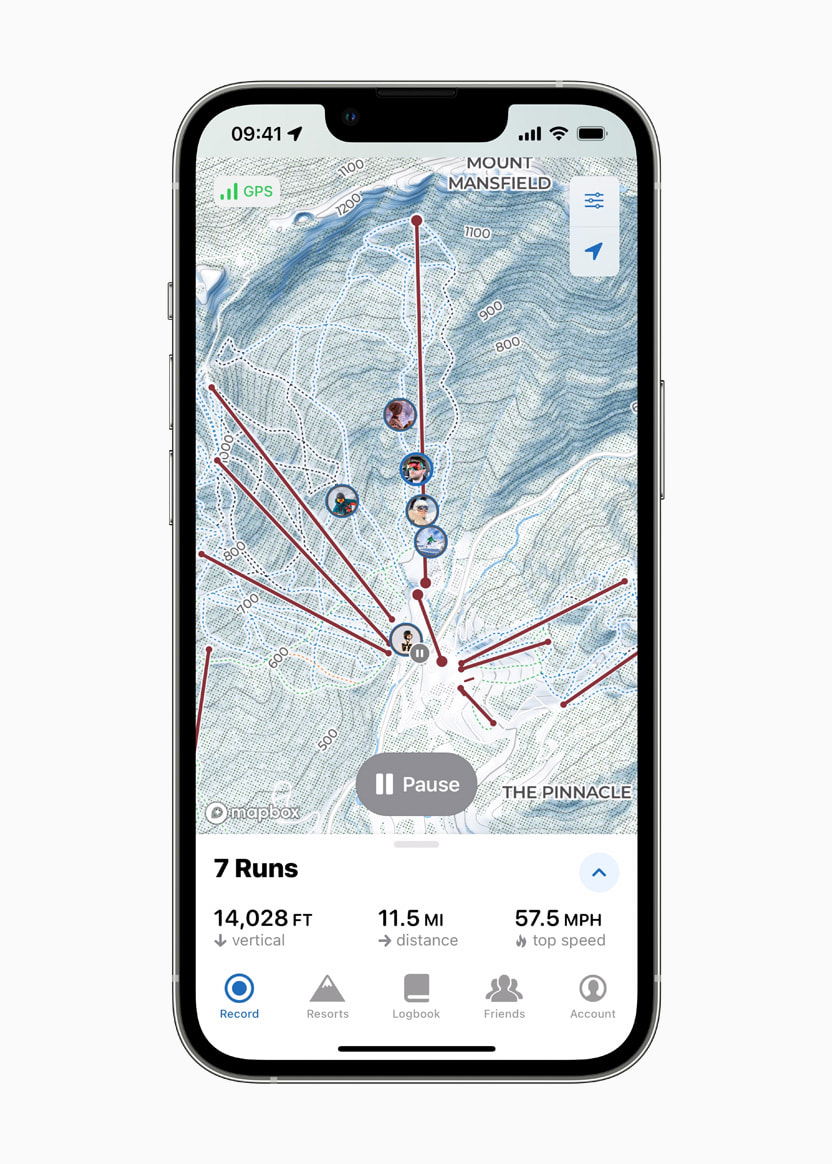 “A harmonious mix of song, story, and artistic creation, A Musical Story remixes the idea of what a mobile game can be. The game’s narrative unfolds with a richly animated minimalism, the gameplay puts a novel spin on the rhythm game, and the end result illustrates how seemingly disparate design elements can work in perfect concert.” 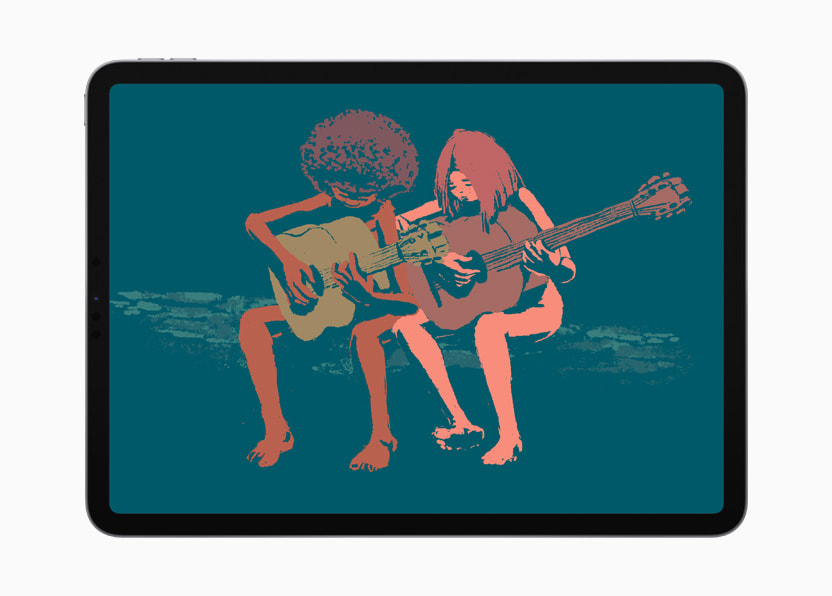 You can find out more about the 2022 Apple Design Awards, including who the other finalists are, right here.

[via MacRumors and Apple, images via Apple]