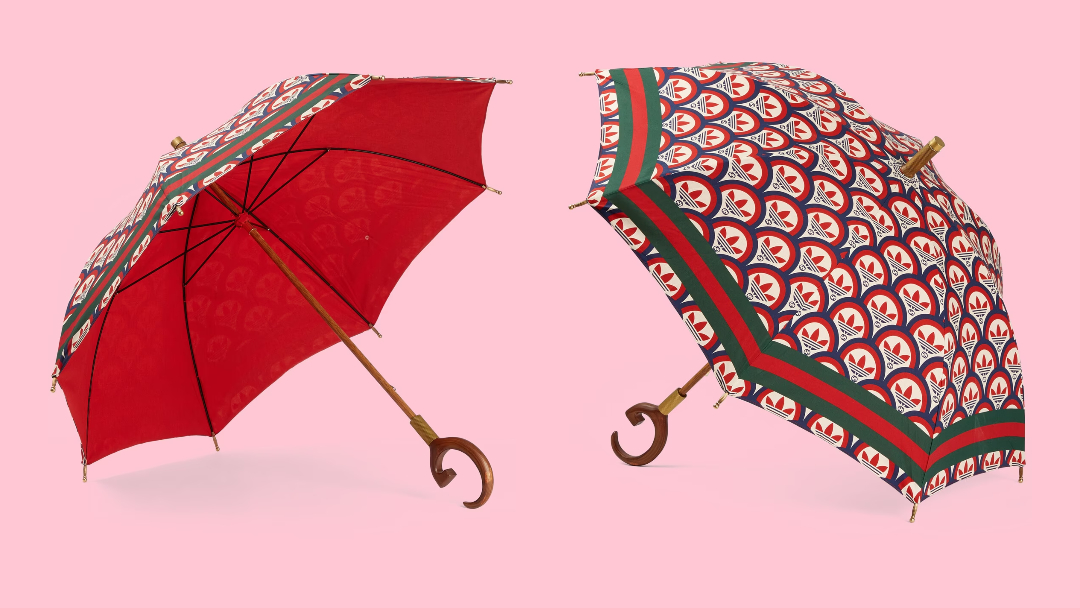 Two unexpected fashion powerhouses have taken to the playing field for a showy, co-branded collection that verges on sardonic. The Adidas x Gucci tie-up has been keeping fashionistas on the edges of their seats, but now that the range is out, it seems fans aren’t a sport for some of the items.

The Adidas x Gucci umbrella (US$1,290) may be pleasing on the eyes—with its interlocking ‘GG’ monogram and trefoil art, green and red triple stripes, and birchwood handle carved into a letter G—but it does little to protect its owner from the rain. 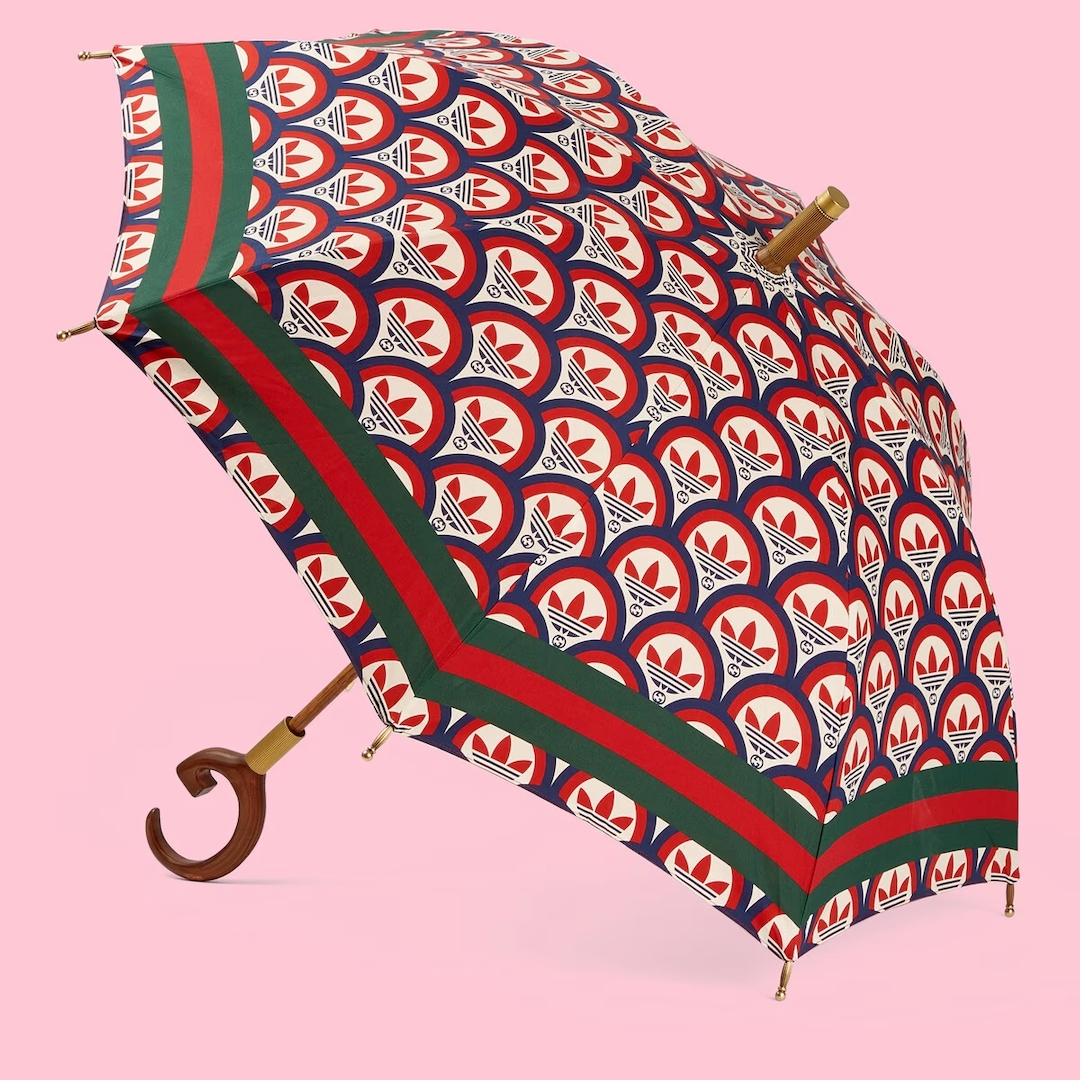 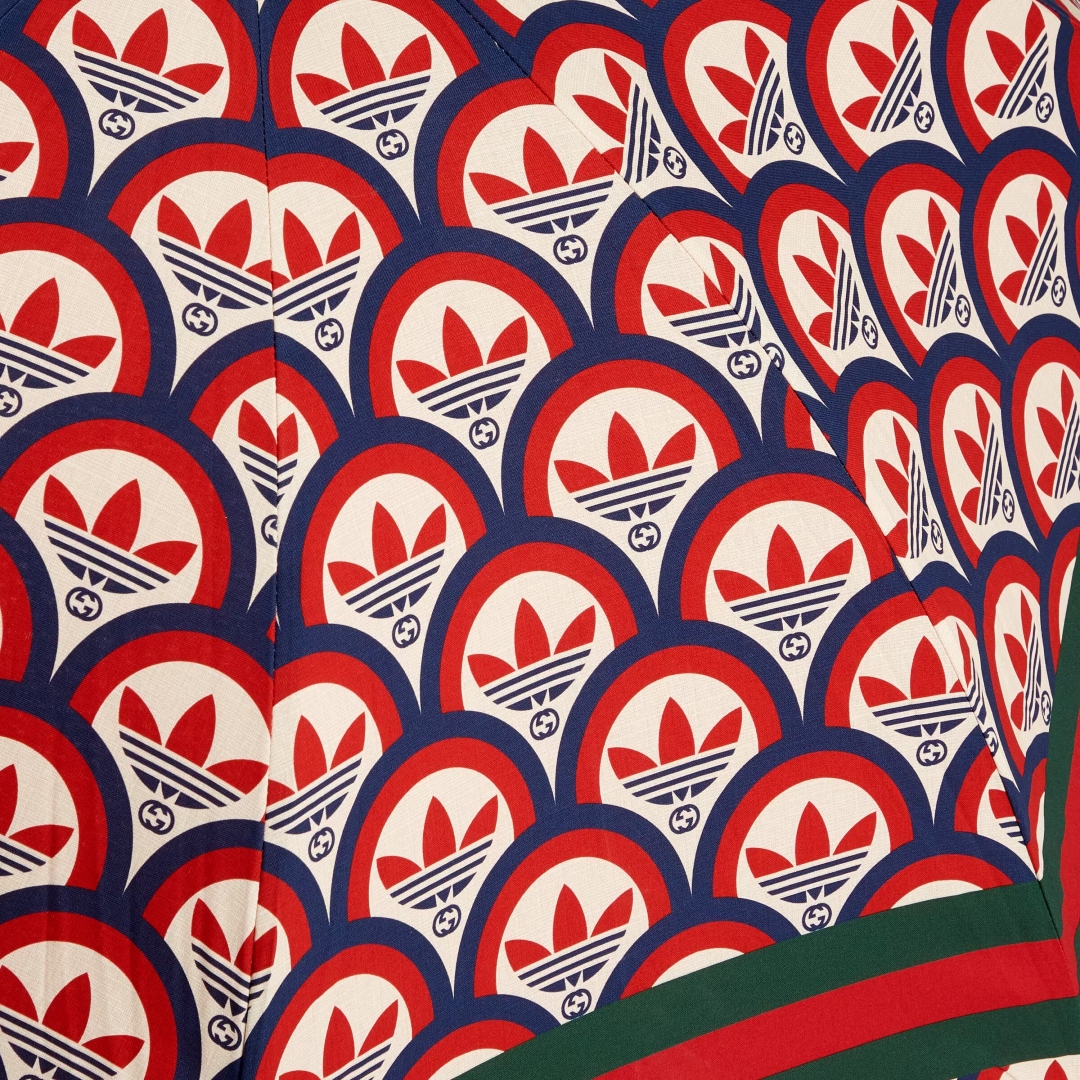 Please don’t hold it under the rain because, as Gucci reveals in its description, the accessory “is not waterproof and is meant for sun protection or decorative use.” 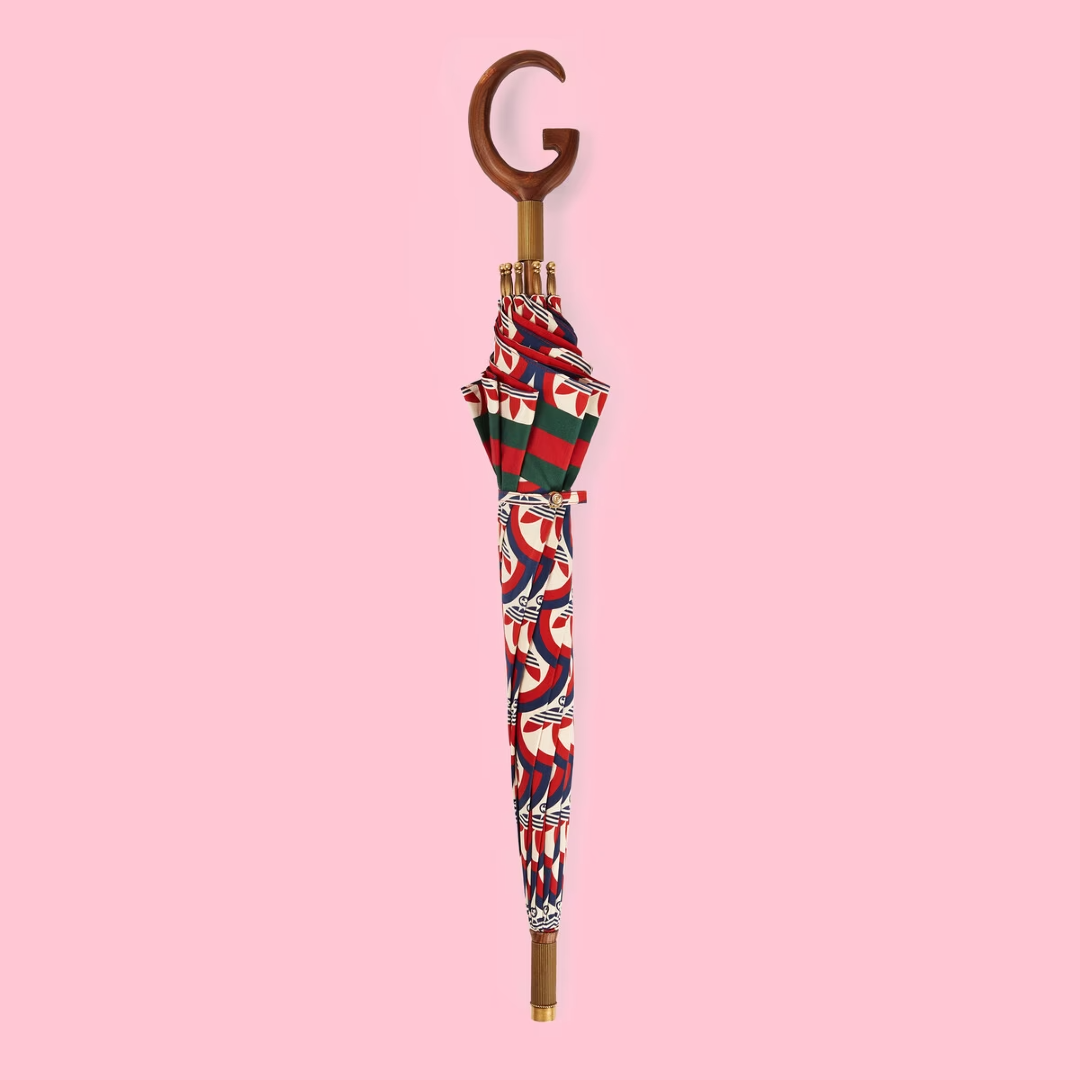 Jing Daily reports that internet users in China have been throwing, erm, shade at this design shortcoming, with the hashtag for “not waterproof collab umbrella sold at 11000 yuan” amassing hundreds of millions of views on social network Weibo.

In response, Gucci renamed the product by removing a character in the Chinese word for umbrella to mean parasol.

In other parts of the world, the product is titled as a “sun umbrella.” With that being said, this is no substitute for SPF sunscreen so you’ll still need to have sunscreen on while carrying  your US$1,290 sun umbrella.

If you’re into things that are more practical, you might be relieved to know that there’s another umbrella in the collection that’s a tad more useful. Yet, this one also doesn’t serve as a traditional umbrella, either—it’s an ‘umbrella seat’ with a handle that doubles as a resting spot for your tushy. 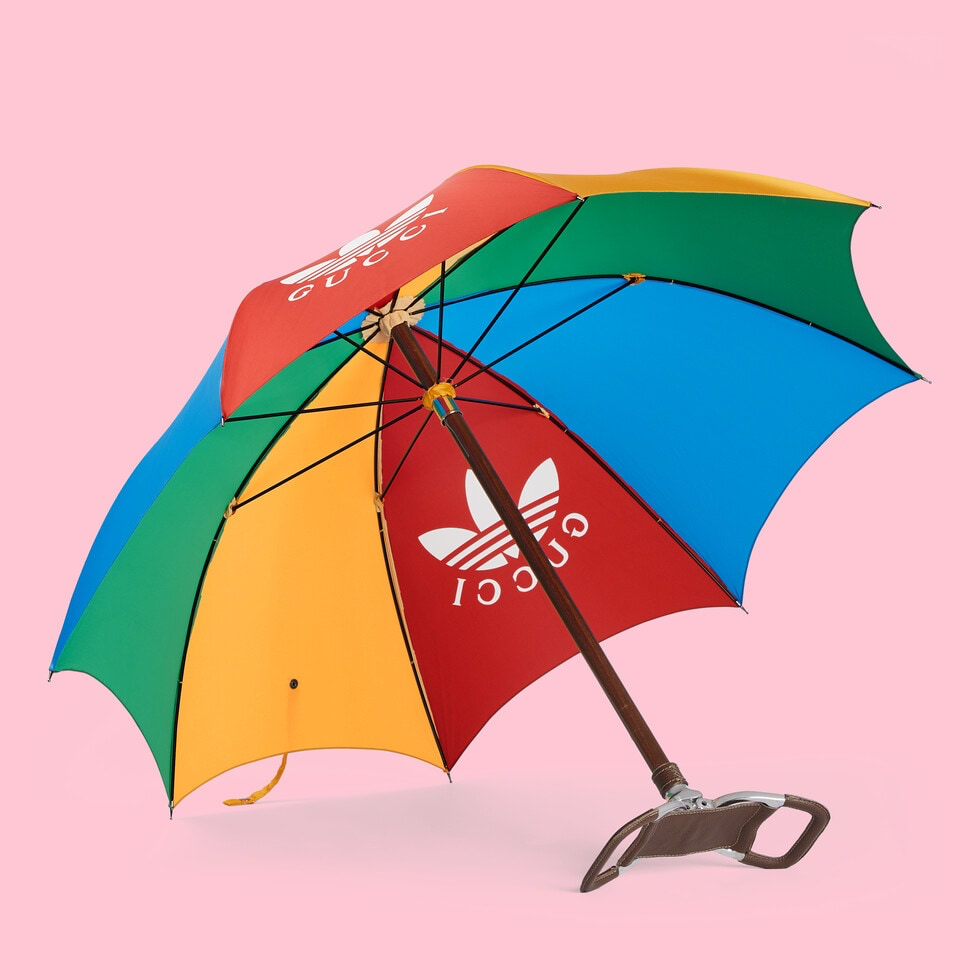 And not to rain on your parade again, but this version’s a touch pricier at US$1,650.

[via Jing Daily and Mothership.SG, images via Gucci]