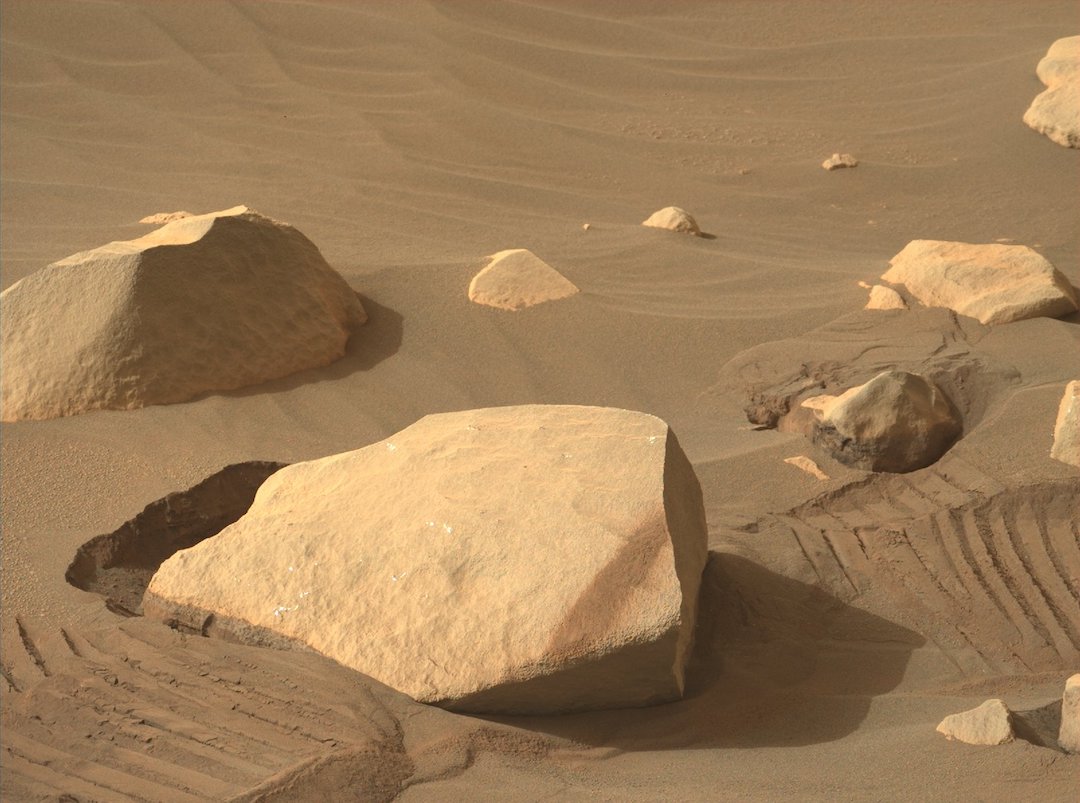 Some find an accidental curly fry in their French fries and consider that an accomplishment. NASA’s Perseverance rover, on the other hand, went to Mars and inadvertently created art—but no big deal.

The rover’s social media team recently took to Twitter to share a message on behalf of Perseverance: “Mars may be desolate, but it has a certain charm.”

The tweet is accompanied by an image of the Red Planet’s sand being graced by the rover’s wheel treads, an unintentional look that it calls “zen art.” With the tasteful arrangement of rocks, it does look like a zen garden on Earth.

Perseverance’s job is to collect rock samples on the planet and examine them for signs of microbial life. The photo itself was shot via its Mastcam-Z cameras.

Space exploration, photography, and landscaping? What can’t Perseverence do?

Making some accidental zen art as I drive. Mars may be desolate, but it has a certain charm.

In related news, if a blend of space and zen themes sounds good to you, Headspace and Star Wars have teamed up to bring meditation exercises designed to disperse your stress into a galaxy far, far, away.